YOUR GUIDE TO GARNET BIRTHSTONES 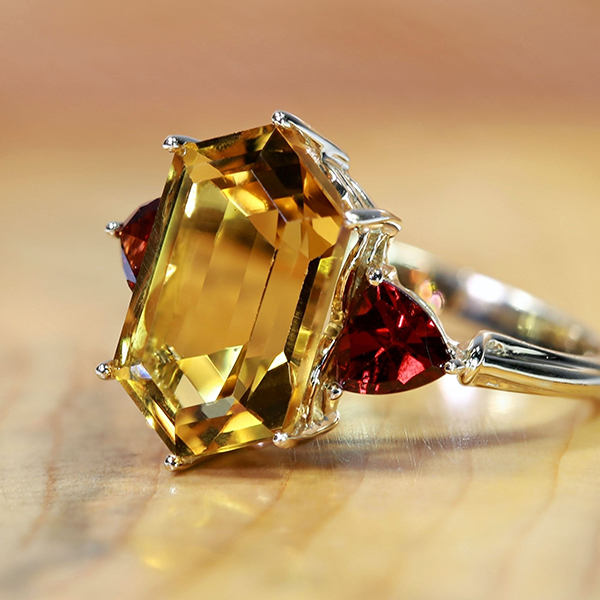 January’s Birthstone: Your Guide To This Majestic Garnet

Garnet is a semi-precious gemstone that is steeped in history and can be traced back to the Ancient Egyptians. Its classic deep red hue has been treasured for centuries and is the birthstone for those born in January. Garnet also makes a stunning second wedding anniversary gift.

Garnet refers to a group of silica minerals which can be found on most continents. Each garnet has the same crystal structure but different trace elements determine the colour of the stone. Garnets are traditionally red in colour but can also be yellow, orange, purple and green.

Garnets are made by the same forces that create diamonds. Wherever there is enough pressure and heat applied to silica minerals, you are likely to find garnets. As they are made in similar conditions, garnets are often a sign that diamonds can also be mined in the area.

Classic red garnets were sourced from Bohemia (now the Czech Republic), but modern garnets mainly come from Africa, the USA and Asia.

There Are 5 Types Of Garnets Used In Jewellery:

Andradite - these garnets range from yellow to vibrant green tones

Grossular - these have the largest range of colours and can be red, orange, yellow and green

More recently, the lotus garnet has been discovered. Found in 2015, it has a unique blend of pink and orange that is captivating. They were found in Tanzania and are rare finds.

What Does The Garnet Birthstone Symbolise?

Garnet is thought to bring vitality to anyone born in January and is commonly worn by Capricorn and Aquarius zodiac signs. The traditional gemstone is a guiding light for the Aries sign as well. As a birthstone, it is meant to boost confidence while taking away negative thoughts and feelings, allowing you to live life to the fullest.

The word garnet is derived from the Latin word 'granatus', which means pomegranate. Classic red garnets are reminiscent of the beautiful, juicy seeds found inside a pomegranate, which is also a symbol of fertility. They are said to bring the wearer good health, wealth and happiness.

You're in good company when you buy a piece of garnet jewellery, as they were worn by the pharaohs of Ancient Egypt as protective amulets and were a favourite of clergy and nobility in Ancient Rome. In Ancient Greek culture, garnet was a good luck charm and a symbol of pure love, passion and commitment. They were a symbol of power and luxury in Ancient Persia too, where only Kings could wear the gemstone.

It was perhaps chosen as January’s birthstone because in Spanish astrology, garnet is a symbol for the sun. This is thought to bring the same warmth to the wearer, protecting them through the winter months with the power to cure blood diseases and skin conditions.

How Expensive Is A Garnet Birthstone?

The most important factor in determining the worth of a garnet stone is its colour. Red garnet is one of the most commonly found gems and its prices can start from £150 per carat.

Green garnet is rarer and becoming popular with modern buyers. A green demantoid garnet can start from £1000 per carat. There is also a highly rare colour-changing variant of garnet. In different lights, it can turn from blue to purple, and this is by far the most expensive type of garnet.

As you can see, garnet is a worthwhile investment as it has remained popular for over 5000 years.

How To Buy Garnet Jewellery

Depending on the type of garnet you buy, the stone ranks at 6.5-7.5 on the Mohs hardness scale. This means it is fairly durable but is more susceptible to scratches and damage than rubies, sapphires or diamonds. It is ideal for earrings, pendants and brooches that are not likely to be knocked with force.

You can browse our selection of garnet jewellery to find the perfect gift for anyone born in January.

How To Care For And Clean Garnet Jewellery

As with other semi-precious gemstones, the best solution to clean garnet jewellery is warm water with a small amount of mild soap. Use a soft toothbrush to clean around its setting and a soft damp cloth for the stone itself. Always pat dry with a lint-free cloth to prevent watermarks from dulling the brilliance of the garnet stone.

It's incredibly important to have the right storage for garnet jewellery to use in between wears. It should not be surrounded by harder jewels like diamonds or sapphires, as these can scratch the surface of the garnet. Keep it in a box lined with soft cloth or velvet for best results.

Garnet is a beautiful symbol of love and commitment. If you want to find a romantic gift for your partner, garnet jewellery will communicate just how important they are. It has been associated with royalty throughout the ages, with the most recent famous garnet being worn in a ring by the Princess of Wales. Garnet is affordable, durable and brilliant, making for a very special piece of jewellery to give to your loved one.

Can You Wear Garnet Everyday?

Garnet can be worn every day with the right level of care. Earrings and necklaces are easier to wear every day because the stone is not likely to be scratched or shattered by force.

How Can You Tell A Good Garnet?

Natural garnets often have inclusions that add to their beauty. They are known for their highly saturated colours, so a stone with a deep red or vibrant green will be high quality.

What Are The Beliefs Connected With Garnet?

Garnet is a symbol of mental clarity, confidence and vitality. It's thought to have protective qualities, keeping the wearer healthy and safe.

What Is The Best Colour Of Garnet?

Classic garnet has a fiery red colour and has been featured in jewellery pieces since the Ancient Egyptians. The rarer green garnet is becoming a favourite among buyers.

Unlike other semi-precious gemstones, garnets will not fade when exposed to bright light or high temperatures.

Where Should I Wear Garnet?

Garnet is associated with the heart because of its blood-like red tones. Wearing it near the heart is thought to foster good health, making garnet pendants and brooches a popular choice. 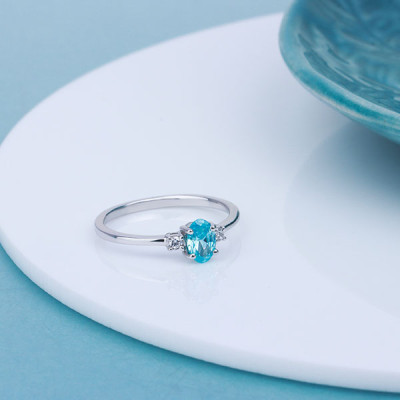 YOUR GUIDE TO TANZANITE BIRTHSTONES 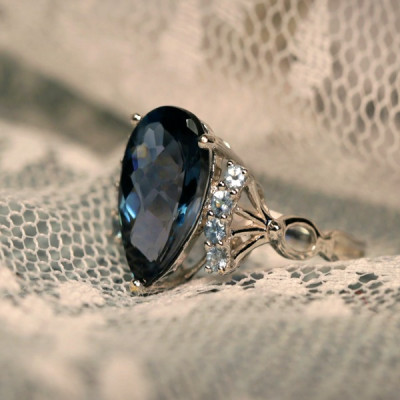 Your Guide To Topaz Birthstones 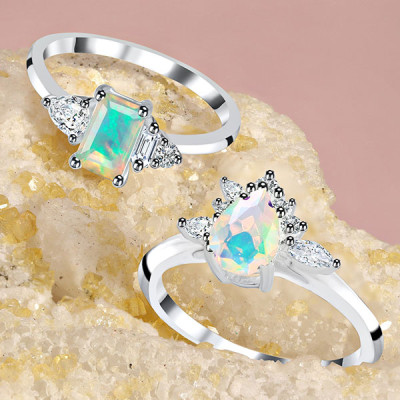