EVERYTHING YOU NEED TO KNOW ABOUT YOUR BIRTHSTONE?

Birthstones, which have been perceived to naturally have powers associated with them are a collection of precious gems that are associated with an individual's specific birth month. These gems are known to have different meanings that are true to their wearer; from healing powers to the protection and good fortunes.

Birthstones can be traced back to the Bible; in the Old and New Testaments where they were mentioned by their color. As seen in Exodus where the priest, Aaron, wore a special breastplate with 12 unique gemstones that symbolized the 12 tribes of Israel. Also, in the book of Revelation, the 12 gemstones appeared to have become part of the new foundation of the New Jerusalem. As time went on, astrologers assigned each of the gemstones to each month of the year, and each 12 zodiac signs; believing that each gemstone had powers, like protection against evil to the people born in each month. Birthstones, now, are seen to be valuable as they offer protection from negative influences, heal wounds, and break curses. But then, you may be wondering, why do we actually have birthstones? What’s my birthstone? What does my birthstone mean? Well, we’ll answer all of that for you.

Why Do We Have Birthstones?

A lot of people are aware of their birthstones, while some others aren’t but regardless, many people don’t know why we have birthstones or what birthstones actually mean. Each birthstone is known to have different specific meanings that correspond to each month, and are believed to reflect in the people born in the specific month; though each meaning varies within cultures.

What are the Birthstones for Each Month?

Birthstones have been known to have powers, from bringing good luck to enhancing the health of people born in their respective months. But, what is the birthstones for each month? 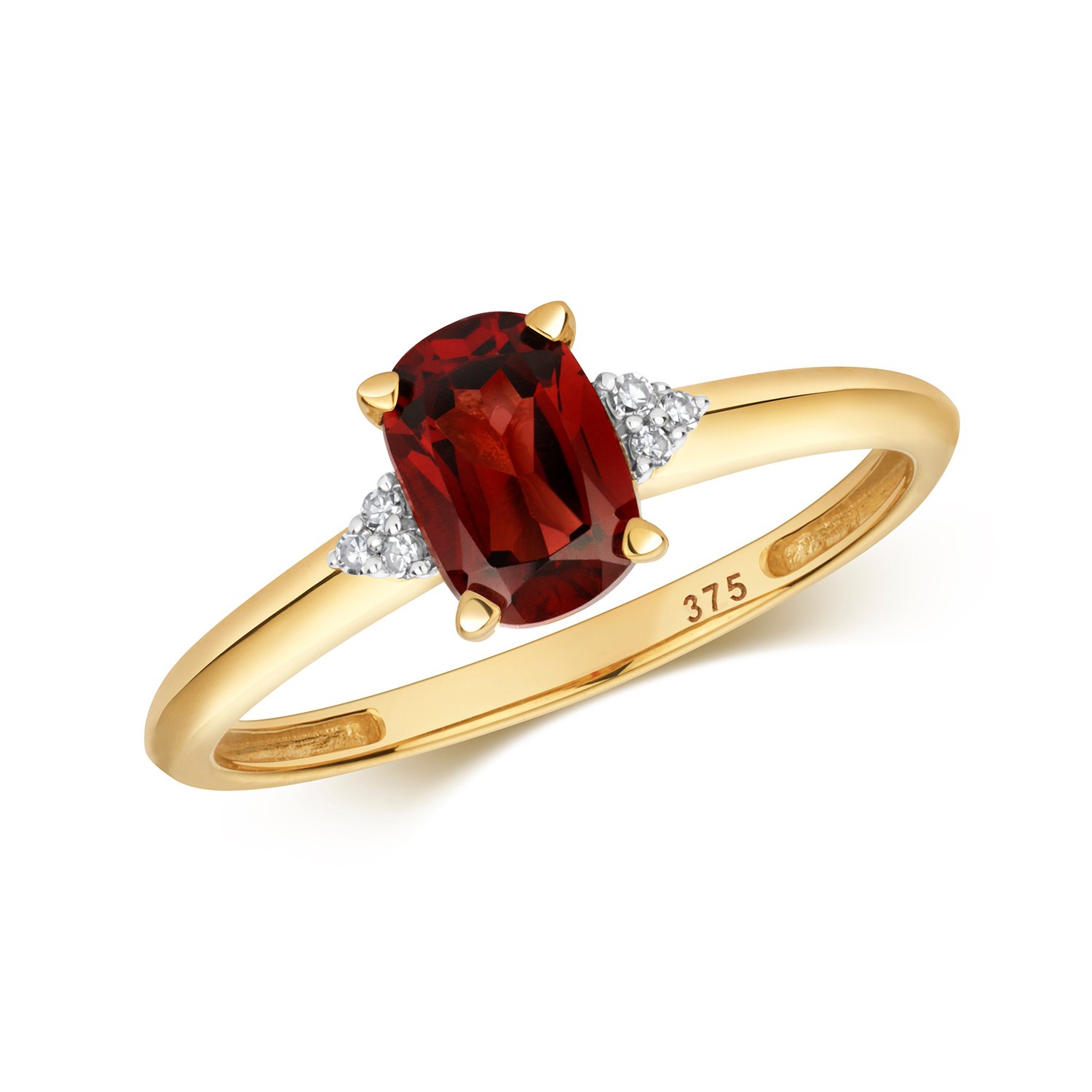 Garnet comes in a variety of colors, but as a birthstone, it is recognized as a deep red variant. Garnet comes from the Latin word “granatus” which means “seed” Garnet is known to offer protection; particularly from nightmares, provide guidance in the night for its wearer, and boost one’s self-esteem and willpower. It also protects the heart and lungs. Its red color depicts faith, love, and courage. 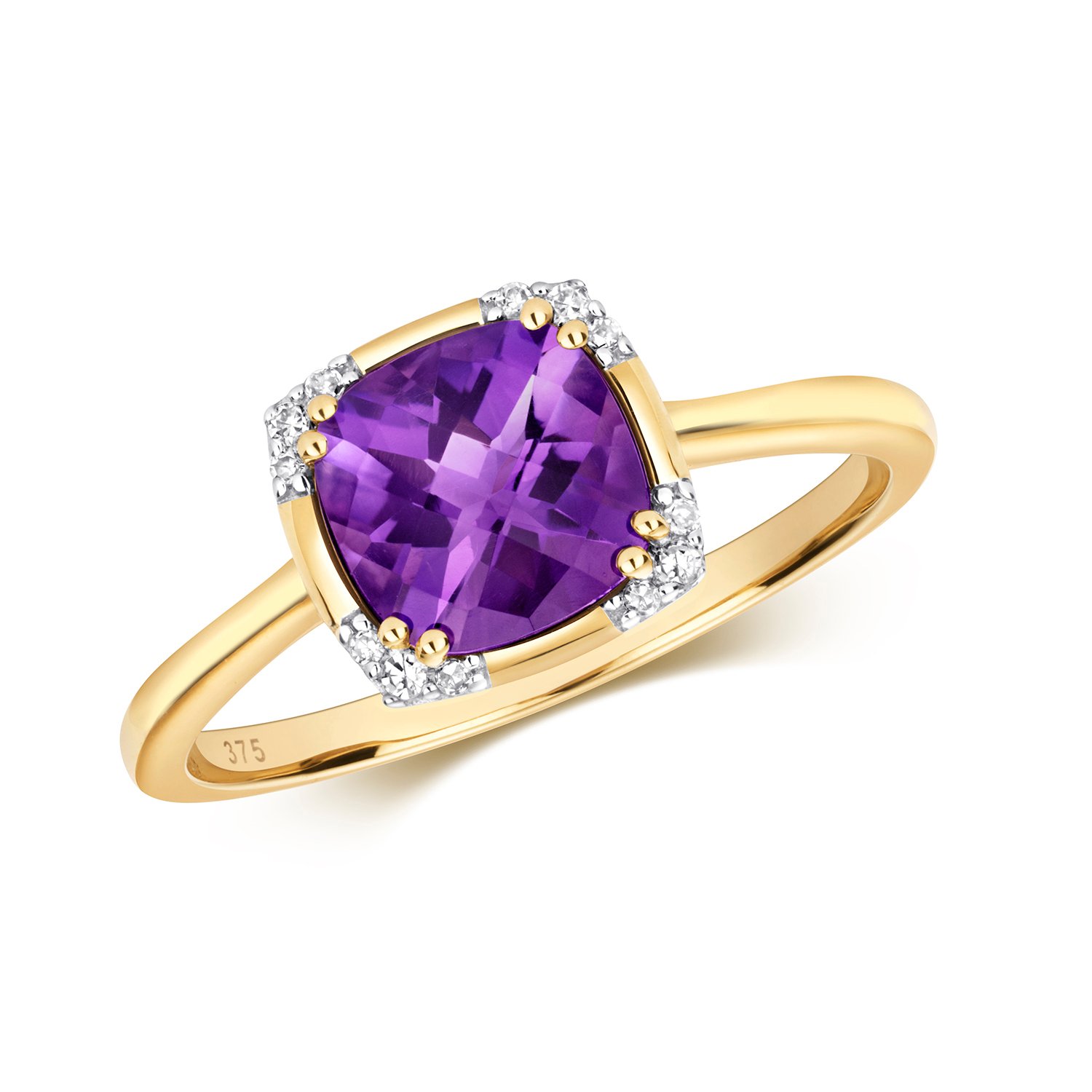 The name “Amethyst” comes from the ancient Greek tale of Dionysus (the god of wine) and Amethystos, when Dionysus turned Amethystos into a statue, dying the statue deep purple when he poured his wine glass over it. Thus, giving this birthstone its color; violet, which symbolizes wisdom. This gemstone also symbolizes royalty, hope, and passion. It is known to calm the spirit, provide focus, relieve stress, alleviate sadness and grief, protect its wearers from drunkenness and illness, overcome difficulty, and strengthen the imagination as well as love relationships. 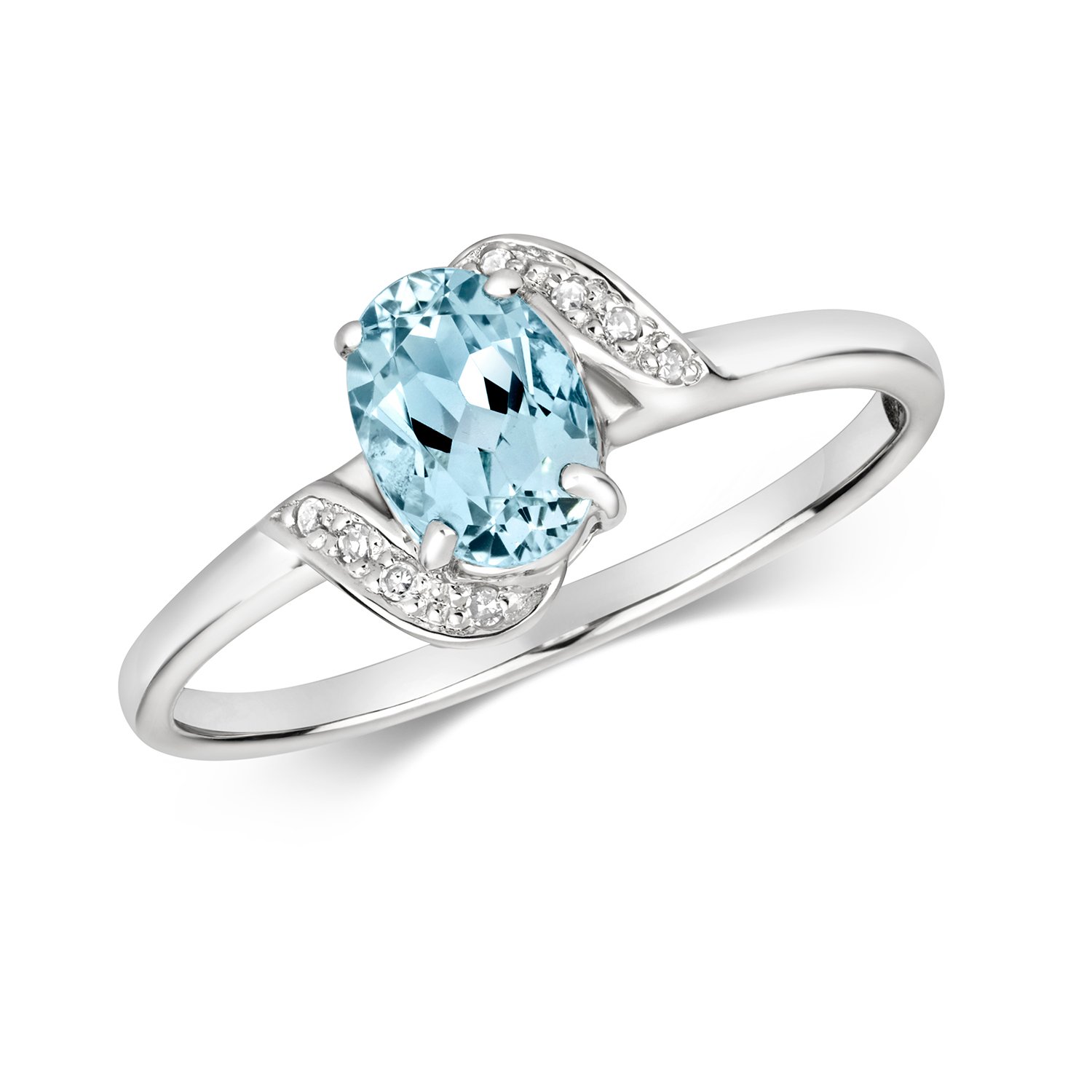 Like the word Aqua, this birthstone is recognized as a glacial blue variant, and it represents serenity. Talk about immense peace!! Aquamarine is known to promote creativity, courage, hope, and self-expression; enable individuals to speak clearly without anger in difficult situations; and boost love, youthfulness, happiness, and good health. Aquamarine is also known to help pregnant women and protect both the mother and baby from harm. 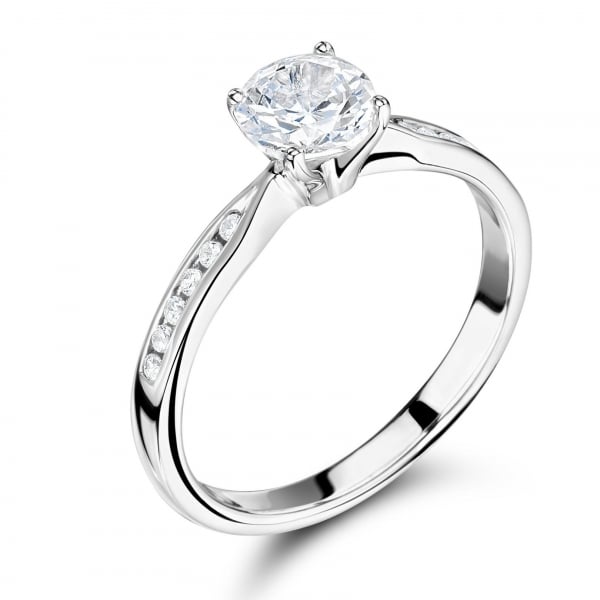 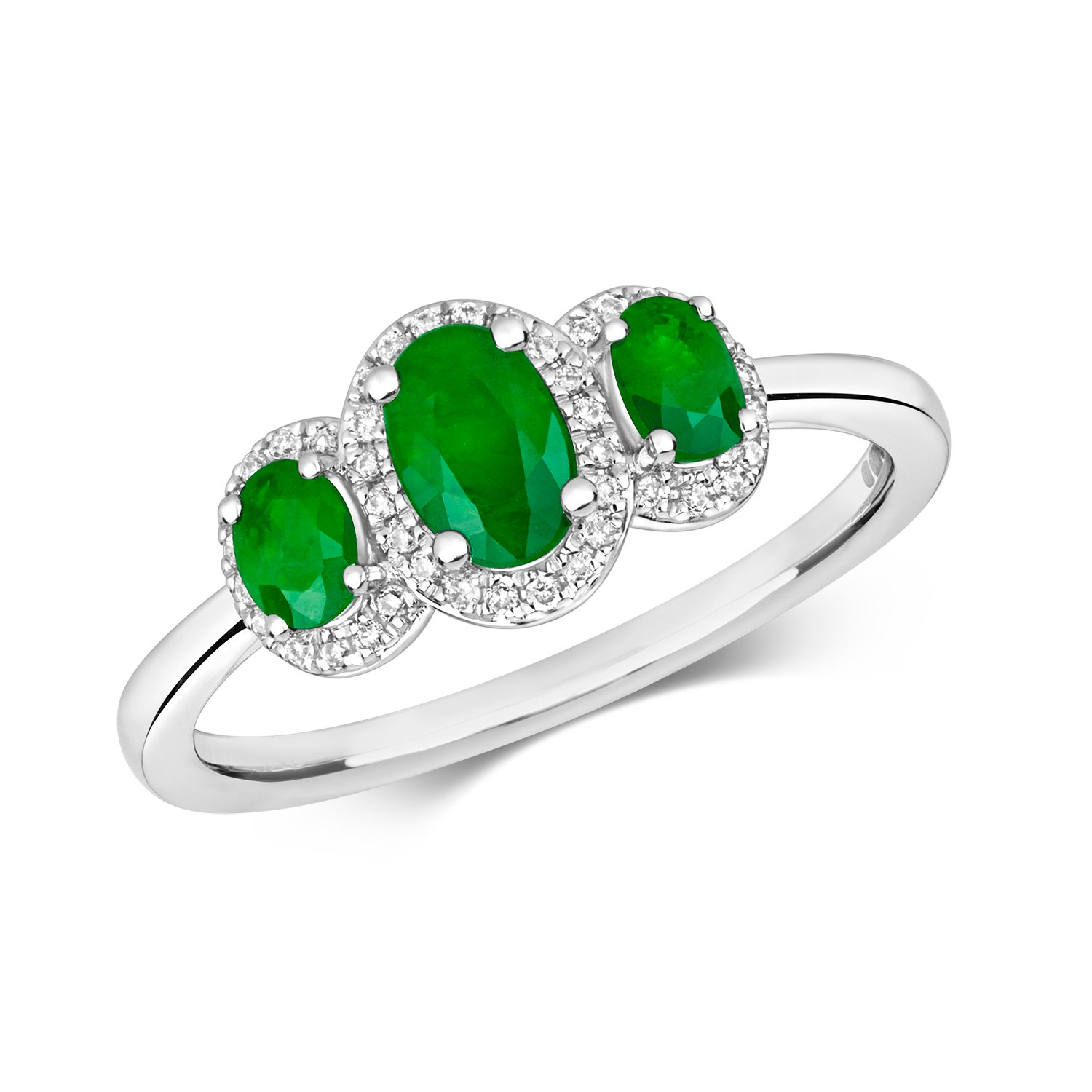 As one of the rarest gems in the world, this birthstone is known as the “stone of successful love”. It symbolizes hope and blissful domestic partnership. Emerald is known to promote faithfulness, loyalty, fertility, wealth, and health; provide domestic bliss, prevent illness, enhance overall health, and detoxify the liver. 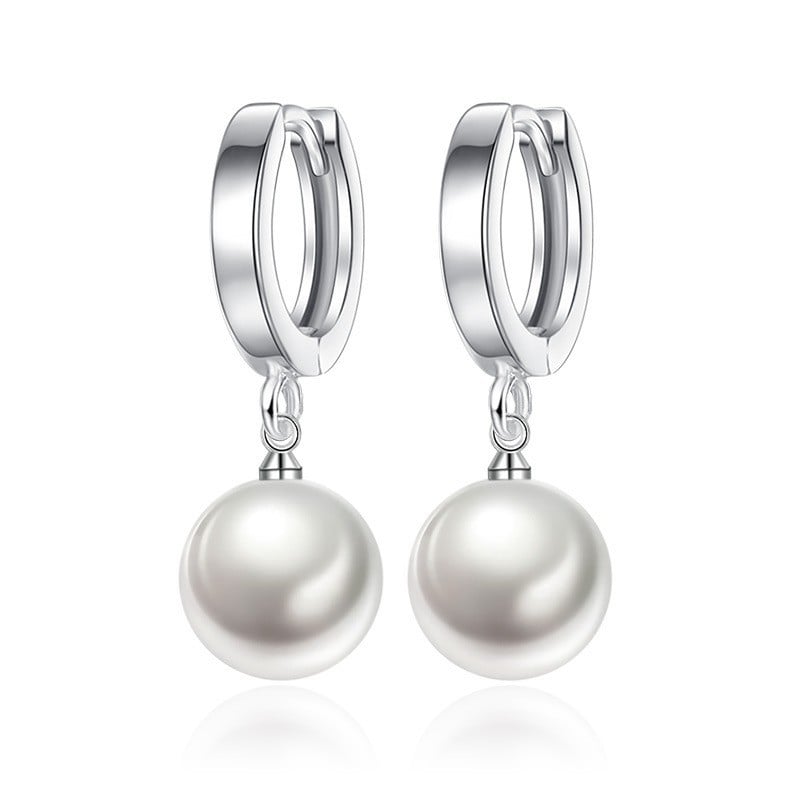 June is known to have two faces or birthstones; pearl and Alexandrite, but the pearl is more common. Pearl represents modesty and purity, and is known as the “stone of sincerity”. It is known to bring truth, protect its wearer against nervous and anxious thoughts, improve personal integrity, and control anger. It also increases fertility, ases the pain of childbirth, and treats digestive, pancreatic, and spleen disorders. 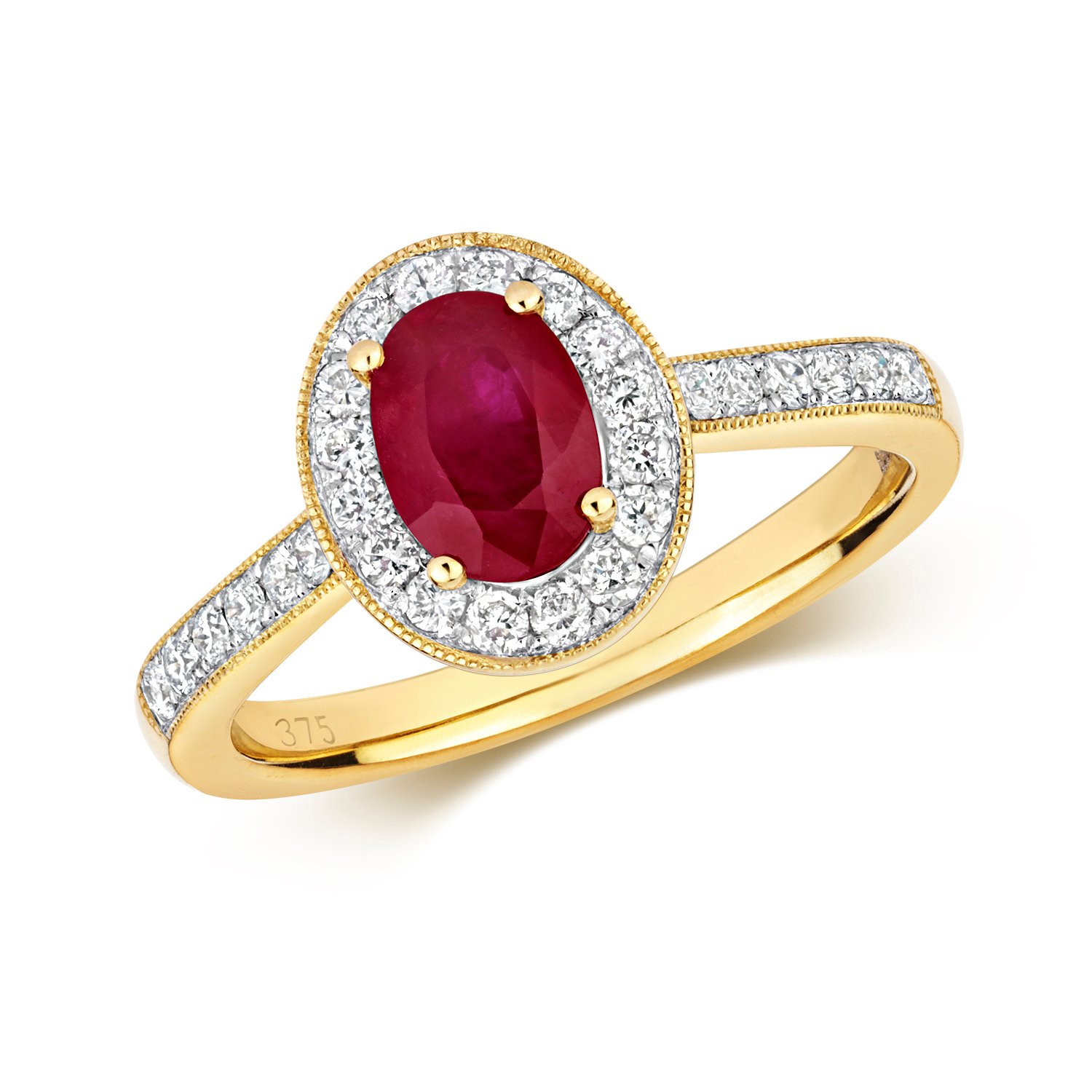 Ruby is recognized as deep a red gemstone that shares similar properties to sapphire, asides from its color. It symbolizes “passion, courage, and prosperity”, and is known as a stone of vitality, love, sexuality, confidence, and strength, most of which comes from its blood-red coloring. Ruby is known to protect its wearer against misfortune and allow them to live in harmony with others. It also removes negative energies from its wearer’s path, provides support for the emotional health of its wearer, and treats exhaustion and lethargy. 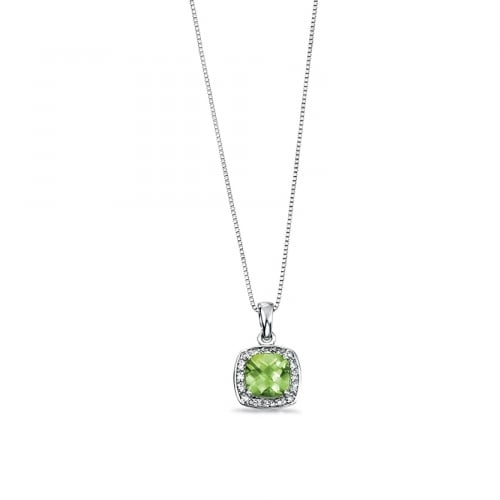 It is recognized as a light green variant as it radiates the same gentle green glow no matter the amount of light made. It symbolizes “beauty”. It is known to bring wealth, courage, purity, and wisdom to its wearer; calm anger, protect its wearer from evil and negativity, relieve stress, and regulate the cycles of one’s life, including mental or emotional phases, intellectual progression, and physical cycles. It also improves the immune system and the skin. 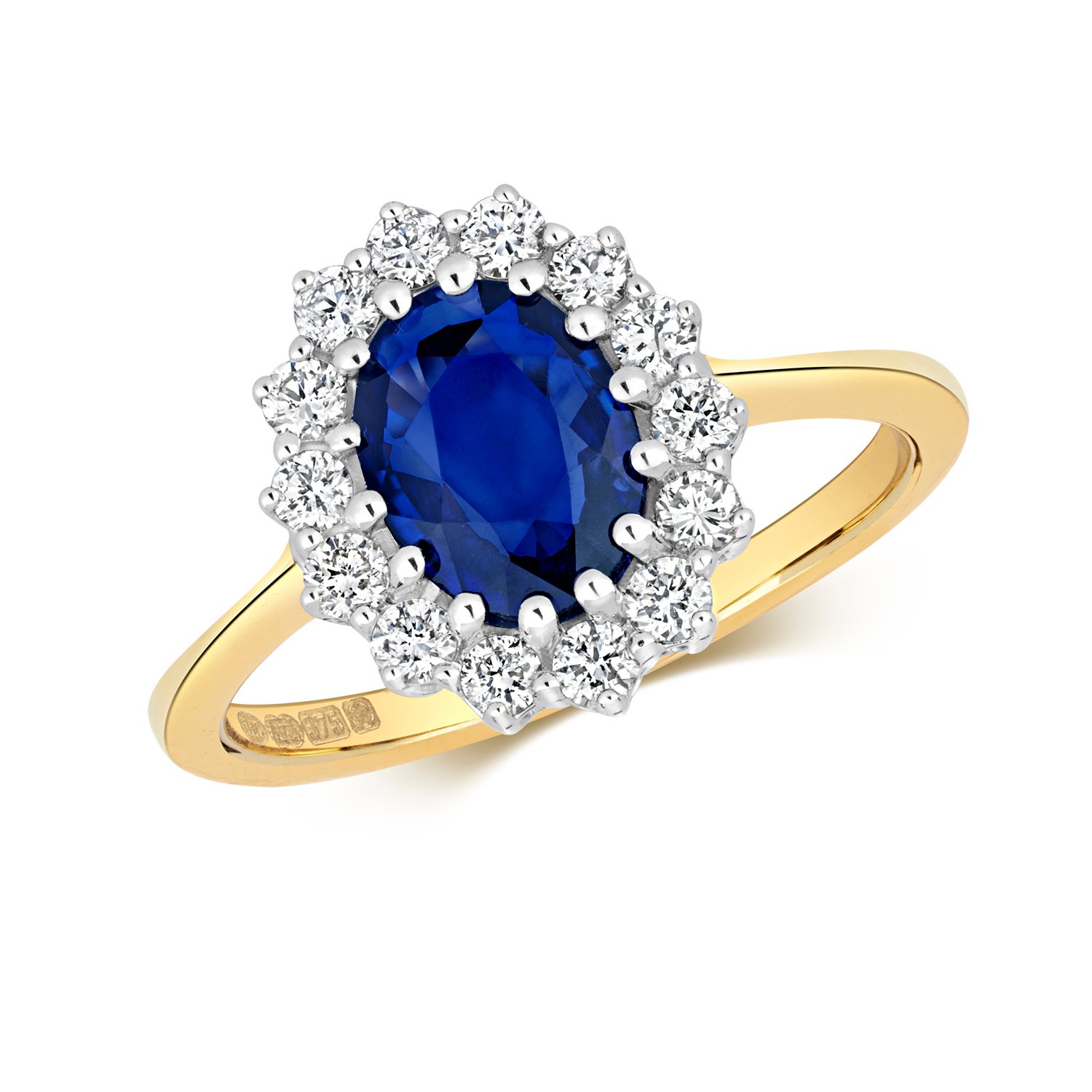 Sapphire is recognized as a deep blue variant. It symbolizes “truth and protection”. It is known to bring purity, faith, serenity, wisdom, loyalty, and success to its wearer; release mental tension, open the mind to beauty, restore balance within the body, reduce pain, and treat blood disorders or excessive bleeding. 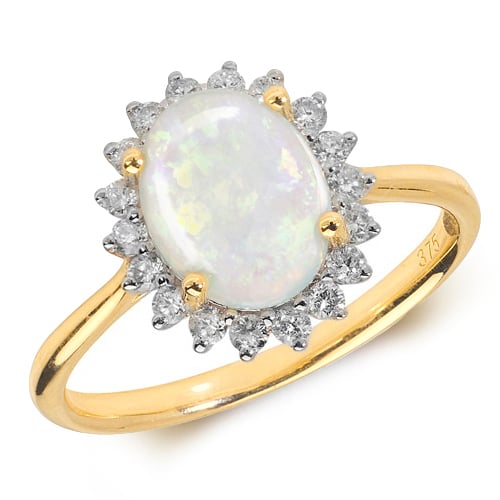 Both opal and tourmaline are known to possess healing and restorative qualities as they symbolize “hope, creativity, and innocence“. Opal is known to increase its wearer’s will to live and strengthen their memory, while Tourmaline is known to increase mental alertness and relieve stress. Opal also alleviates worry, sadness, depression, and chronic stress; and heals subconscious pain. 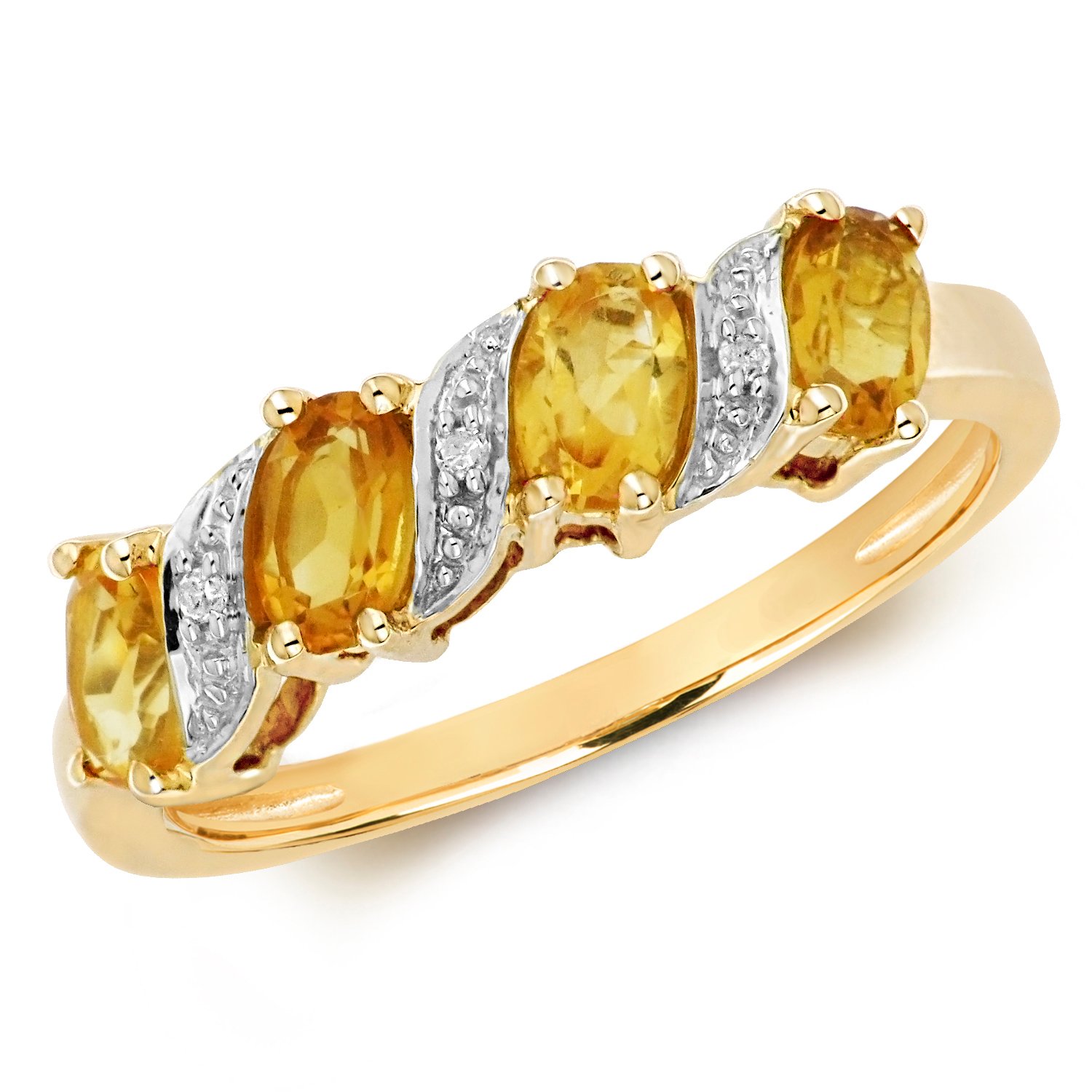 Topaz comes in a variety of colors, but it is recognized as a bluish-hued-variant, which is the rarest of them all. It also symbolizes “consistency and friendship”. Both Topaz and Citrine are known for warding off negativity and evil thoughts as they attract success, intellect, and prosperity to their wearers. They also enhance health and wellness, protect their wearer, promote self-confidence, and inspire creativity. 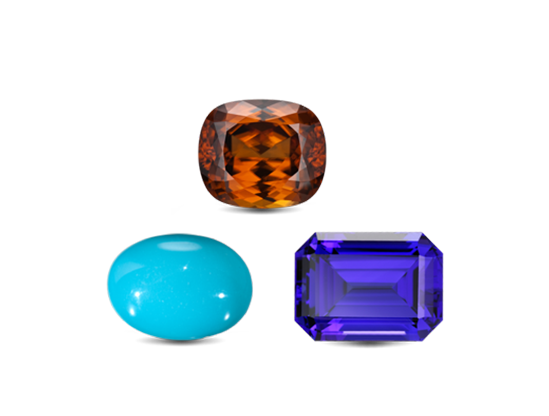 Turquoise symbolizes “friendship”, as it came from a Turkish tradition of receiving a gift of turquoise in order to enable the act of making friends easy; ensuring you had a friend to gift you first. Turquoise is known to empower men and women equally, as it is regarded as a talisman of luck, success, and ambition. It brings happiness, honor, good fortune, wisdom, and riches to its wearer.

What is the Rarest Birthstone?

The value and rarity of a gemstone are determined by the “three C’s”; cut quality, clarity, and carat (size). Unfortunately, not all birthstones can be extremely valuable and rare, as such there are a few birthstones that are absolutely so rare the “three C” rule doesn’t apply to them because a large volume of these gems ended up in mineral collections and never get faceted. However, a fourth “C” rule came into place and had an impact on the rarity of gems, which is “color”. Some of the rarest birthstones are 1. Alexandrite: It was first discovered in the Ural Mountains in Imperial Russia, 1830, and was named after Czar Alexander II. It was called “emerald by day, ruby by night” because of how it changed color under artificial light. Despite alexandrite’s discovery in other locations such as Brazil and East Africa, it is still scarce As such, most of the alexandrite in the market today are artificial gems. 2. Opals: This birthstone is only found in some desert regions of Australia. 3. Tanzanite: It was discovered in Tanzania in the year 1967 by Tiffany and Co geologists, and was named after the country. It is currently only found in one small region of Tanzania, and the supply is very limited. 4. Red Diamond: Diamonds exist in nature in high quantities, but some varieties of diamonds are very rare that only a few people have seen them. The rarest diamond and birthstone is the red diamond, with an estimation of just about 20 to 30 red diamond specimens are known.

Is It Good to Wear Your Birthstone?

Many people are unaware of the benefits of wearing their birthstones as they offer various benefits, from providing healing to making a fashion statement. So, can you actually wear your birthstone and is it good to wear them? The answer is yes. Here’s why you should wear your birthstone. 1. Healing: Birthstones have been used to release blocked energies and heal one’s mind and body. Specialized therapists suggest that placing a gem on your body can connect you to the planet and its healing energy, as most gems' special characteristics can heal different issues in your life. For example, ruby is knowns to remove negative energy. 2. Good Fortune and protection: Although this hasn’t been proven, it is believed that some birthstones can offer protection from dangers, prevent nightmares, and even prevent threats related to nature. 3. Fashion Accessory: Fashion, they say, is life! And birthstones are just one of the inexpensive jewellery accessories to make you feel special, unique, and stylish. However, when experimenting with birthstones, make sure to find the perfect inspiration to suit your style; try out different stones till you find the one that's perfect. Remember, you want to remain classy and elegant with just a subtle pop of color no matter where you decide to go. Birthstones can be worn as a necklace, ring, bracelet, earrings, or charm.

Can I Wear my Birthstone every day? 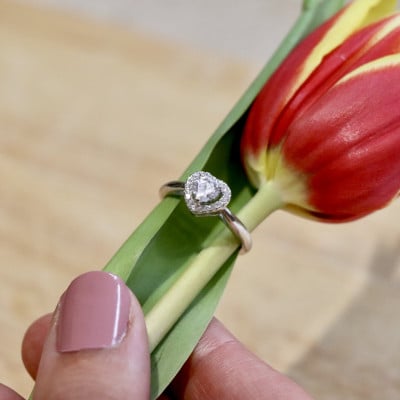 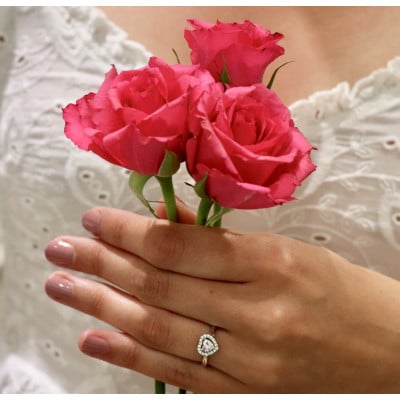 VALENTINE’S DAY JEWELLERY GIFT IDEA FOR HIM AND HER