HOW TO WEAR ETERNITY RINGS 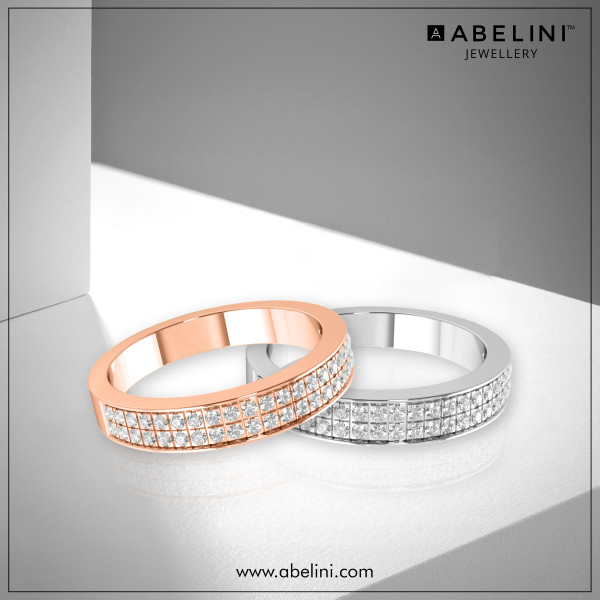 ETERNITY RINGS: WHAT THEY MEAN & HOW TO WEAR

The eternity ring is often considered to be the ultimate, most romantic piece of jewellery you can buy for a life partner, due to the powerful, symbolic sentiment behind its beautiful appearance.

Also known as an infinity ring, the eternity ring represents a total commitment between two people, and when presented as a gift, it communicates a faithful promise to love someone eternally.

What Is An Eternity Ring?

An eternity ring is typically embellished with identical cut diamonds and/or other precious gemstones such as sapphires and rubies (to symbolize love). These are set either around a gold or platinum circular band or halfway around the band (a symbol of eternity). So, taken together, the band and the gemstones hold the meaning of everlasting love.

Any kind of precious gemstone can be set on any type of gold or platinum band. Many opt for a 9ct white gold eternity ring, whilst others might opt for an amethyst eternity ring, or a combination of gemstones, such as an emerald and diamond eternity ring.

The setting and style of the ring is down to personal preference, but if the eternity band will be worn next to a wedding or engagement ring, you may wish to match the style as closely as possible

The History Of The Eternity Ring

Having no beginning and no end, rings have been used as a token of eternal love for centuries. There is evidence to suggest that Ancient Egyptians were carving a form of eternity ring from bone, beads, and even metal around 4,000 years ago (2,000 BC)! Called "ouroboros," ring designs would often portray a serpent or a dragon eating its tail, further emphasizing concepts such as eternity and the cycle of life and death.

The actual term, "eternity ring" was coined by the British diamond company, DeBeers, in the 1960s. The company had a stockpile of small diamonds they needed to offload, and so they began to make rings with diamonds all around the band and targeted them towards married women. Their ad campaigns implored men to present their wives with these "eternity rings" to commemorate special wedding anniversaries.


Today, eternity rings are more popular than ever, as many people decide they don’t need to wait until a major anniversary or life event to declare their everlasting love for their life partner.

When Do You Get An Eternity Ring? 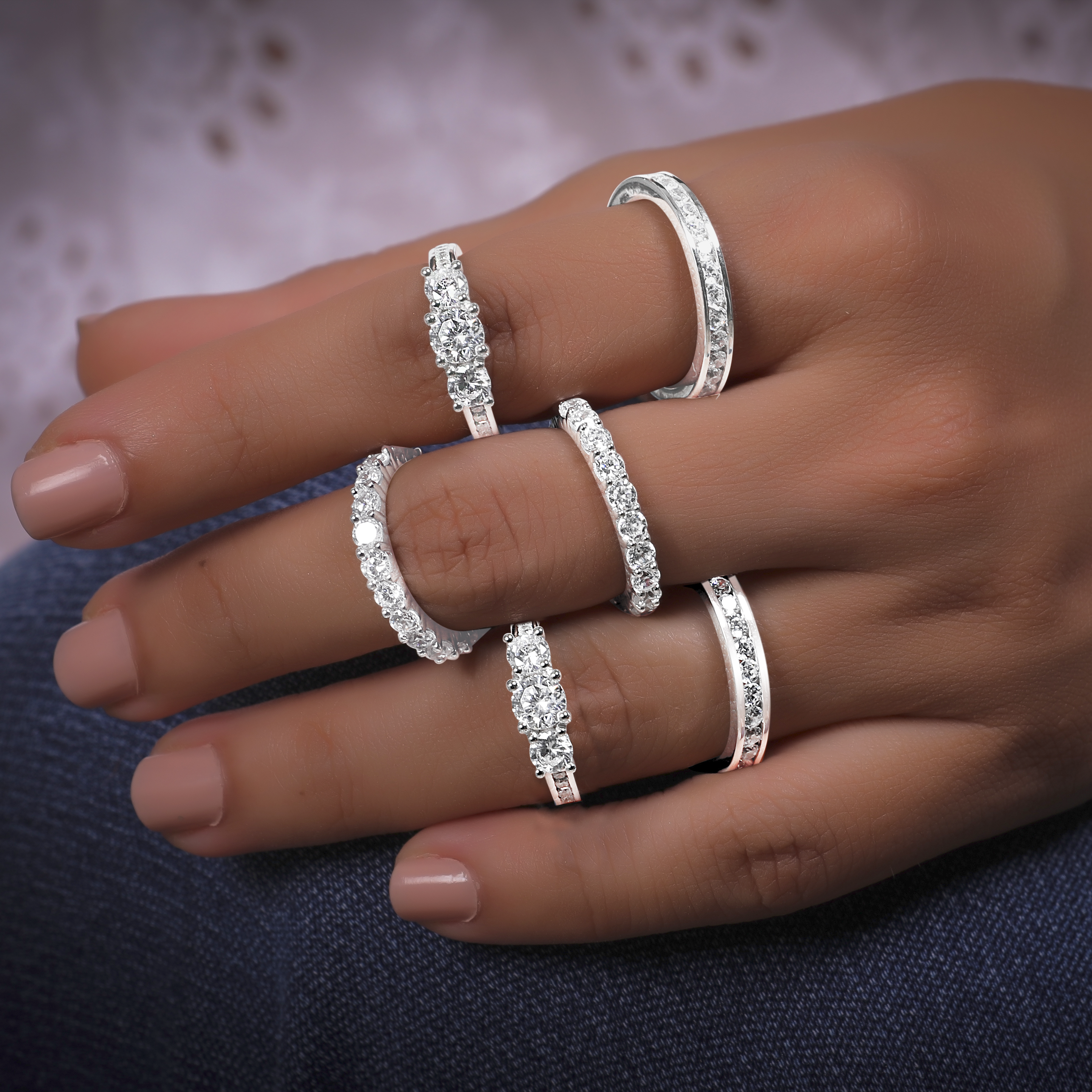 When an eternity ring is received from a loved one, it is usually to signify a major milestone in a couple's relationship. However, today it's not uncommon for eternity rings to be gifted after just a year or more of marriage.

Traditionally, they have been gifted by husbands to their wives, but during recent decades it has become quite commonplace for both members of a couple to wear one, often of the same type. So, for example, if your partner has an emerald and diamond eternity ring on an 18ct gold band, then you might consider getting one in this style too.

When Do You Give An Eternity Ring?

As well as marking an anniversary milestone, eternity rings can be given to mark another momentous occasion in a couple's relationship, such as the birth of their first child.

Sometimes, couples who reunite after a period of separation might choose to gift each other eternity rings as a sign of their rededication and undying love for each other.

An eternity ring can also be given as a special birthday, wedding day, or Valentine's Day gift.

How To Wear Eternity Ring? 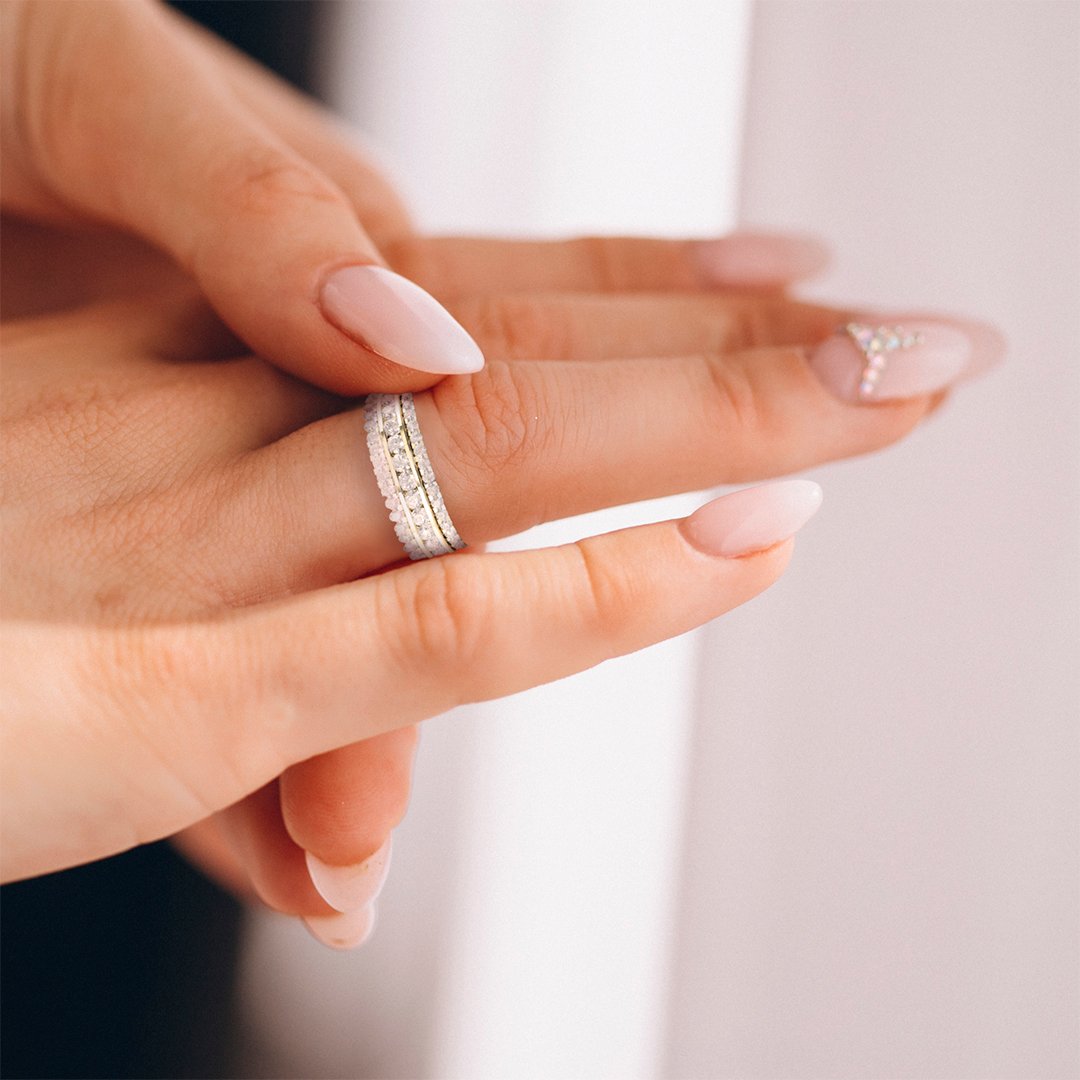 In which order do you wear engagement, wedding and eternity rings, and on which finger?

Well, the answer isn't clear-cut these days, so it's no wonder that many people are confused about this.

The tradition of wearing rings given as tokens of love on the third finger of the left hand is thought to have derived from the Romans. They believed the Vena Amoris, (The Vein of Love) ran through this finger, and that it was connected directly to the heart.

Some find wearing three rings on one finger uncomfortable though, particularly if the rings are made from heavier types of metal or if they don't sit well together. This is why many people prefer to wear their eternity ring on its own, on the fourth finger of the right hand.

The bottom line is that there is no set way to wear an eternity ring. However you decide to wear yours should be based on personal preference, taking into account comfort first and foremost. As long as your eternity ring feels completely comfortable, and you are happy with its fit and its appearance, there is no right or wrong way to wear it.

Can An Eternity Ring Be Used As An Engagement Ring? 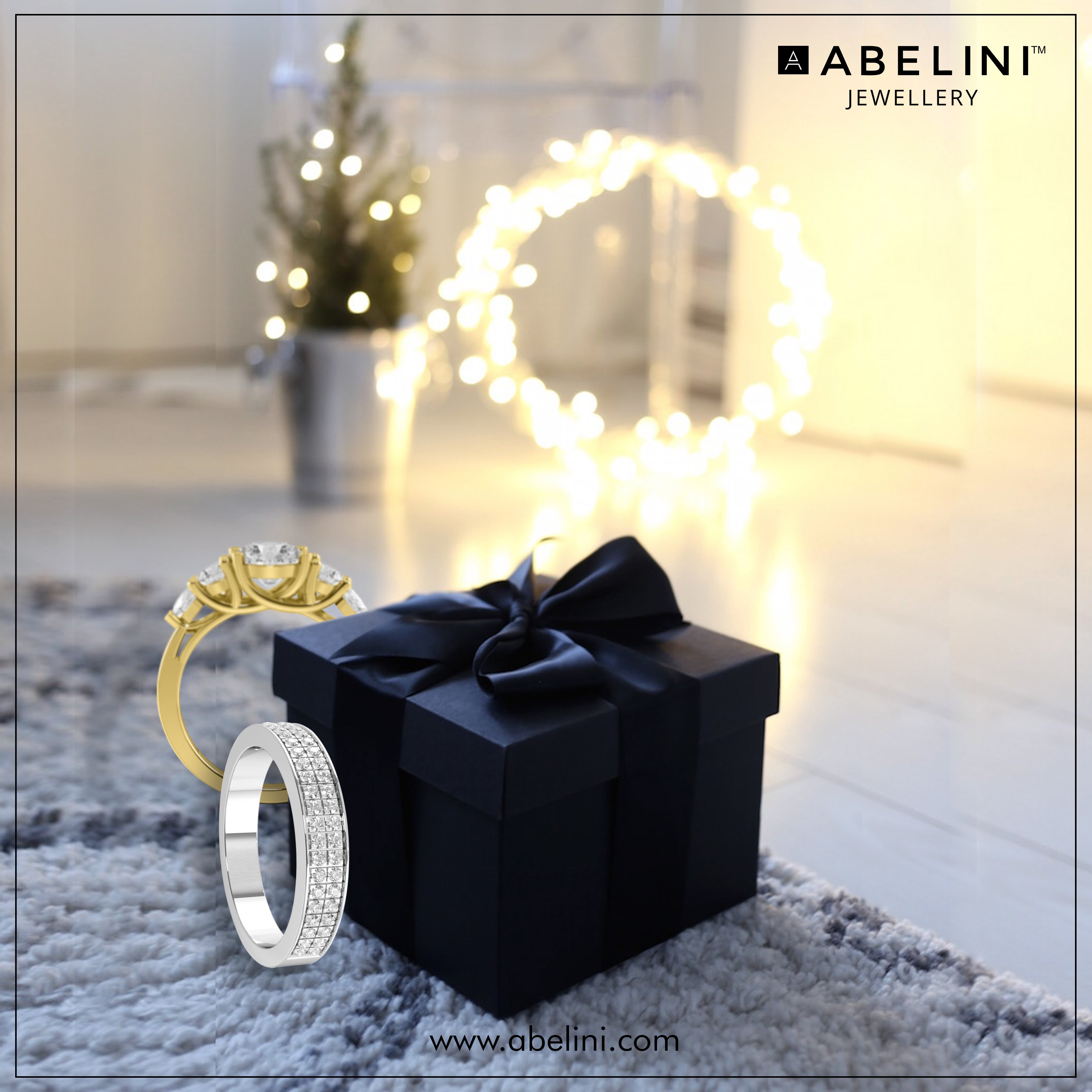 If you're a traditionalist, you're probably more likely to prefer a diamond solitaire for your engagement ring, with its focal centre-point stone and its "down on one knee proposal" type connotations.

However, some people choose to combine their eternity and engagement rings in one - particularly those who like to break with tradition and go for something a bit different.

Although there are clear distinctions between the two types of rings, once again there is no right or wrong decision here. Whereas the traditional one stone engagement ring signifies love and a promise of commitment, an eternity ring takes this declaration of love one step further.

The eternity ring's design is more simple, and it doesn't call attention to itself as a solitaire ring can. If you prefer a more elegant simplicity, then this might be a more fitting type of engagement ring for you.

Our stunning eternity rings come in a range of styles and metals to suit all tastes and budgets, so you're bound to find the perfect ring for your loved one within our collection. 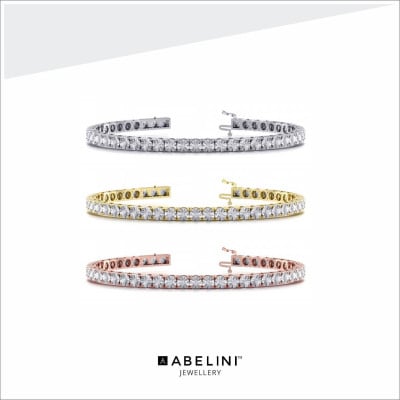 WHAT IS A TENNIS BRACELET? HOW ARE DIAMONDS FORMED? 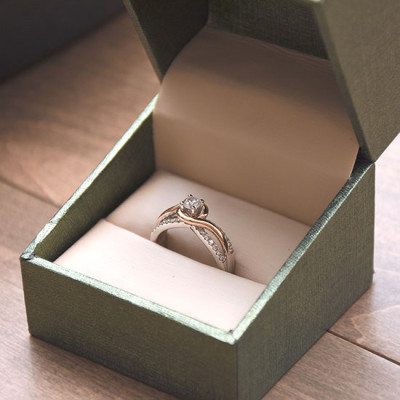 HOW TO FIND THE PERFECT SENTIMENTAL JEWELLERY?