Let's have a Chat!

What Hand Does Your Wedding Ring and Engagement Ring Go On? Engagement and wedding rings have always been recognized as a symbol of devotion and eternal love throughout history as they’ve been exchanged by couples as part of the tradition for hundreds of years. Just like most people, have you ever wondered on which finger should both rings should be worn? Well, so have I! And there are quite a few surprising things on this topic with how people wear theirs around the world. Whether it’s a diamond engagement ring, gemstone ring, or whatever piece you opt for, here’s everything you need to know about how to wear both rings.

What Does the Ring Finger Mean? We all know there have been a hundred and something-year-old tradition of wearing engagement rings and wedding rings on the 4th finger of your left hand, as it is deemed to be a romantic finger. But, is it really true? And, what does that finger symbolize?
According to Forevermark jewellery spokeswoman; Kristen Lawler-Trustey, ancient Romans believed the 4th finger had a vein that ran directly to the heart; known as the “Vena Amoris”, or "Vein of Love." As such, it was a symbol of love when couples wore their ring on this finger. Although, this tradition doesn’t apply to everyone around the globe. For example unlike in Ireland and the UK where the engagement ring is worn on the 4th finger of the left hand, in countries like India, Russia, Norway, & Germany, the word “left” means “sinister” in Latin and as such, the left hand was seen as unlucky. For this reason, engagement rings are worn on the right hand, instead of the left.
In Northern Kenya, the Samburu warriors don’t use rings instead, they wear ornate beadings around their neck with certain colors that are used to indicate engagement. Who needs a ring in Kenya? In Chile & Sweden, both men and women wear engagement rings; although, in Chile, the ring is worn on the right hand until marriage, which is when they exchange it for their left hand. In China, they don’t even exchange engagement rings as a sign of their upcoming wedding rather, they exchange money and other goods; they certainly must be rich! 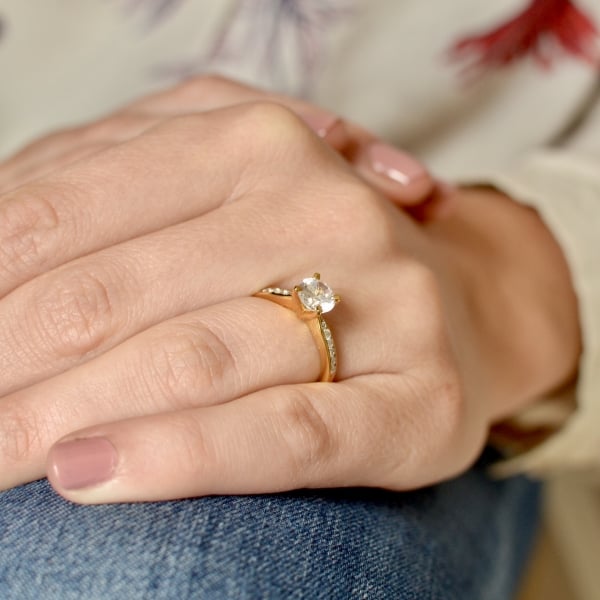 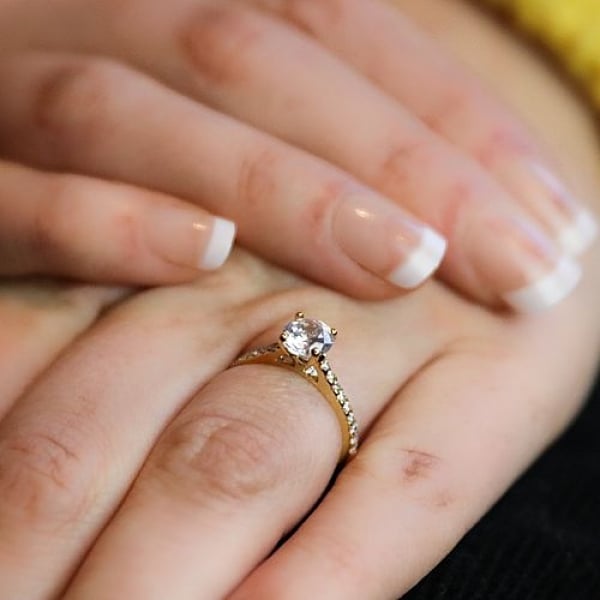 Just like the engagement ring, wedding rings didn’t come to light until about 4,800 years ago in Egypt. Did you know the whole/circle in the Wedding ring also has a meaning? Well, it does! The circle which is seen as a gateway or door symbolizes eternity; that is, with no end or beginning. Explains why marriages are meant to last a lifetime. Typically, during wedding ceremonies, the bride and groom say their vows, then exchange rings by placing them on the 4th finger of their left hand. This act signifies immortal love. However, if you don’t want the ring on that finger, the choice is totally up to you. Although tradition states one thing, you can decide to change that according to whatever pleases you. Can My Engagement Ring and Wedding Ring be Worn on Different Hands? When it comes down to this, this choice is up to you, as well as your cultural preference.
Some women prefer to wear their engagement ring on their right ring finger, and wedding ring on the left ring finger. In some places, the traditional way of wearing a ring, the engagement ring is transferred to the right hand on the wedding day, so the wedding ring can be worn on the left hand, and after the ceremony, the engagement ring is transferred back to the left hand, on top of the wedding ring. You can choose different ways to wear your rings, whether you wear them on different hands or wear them together so they become one, the choice is yours.

Can I Wear my Rings on my Right Finger? 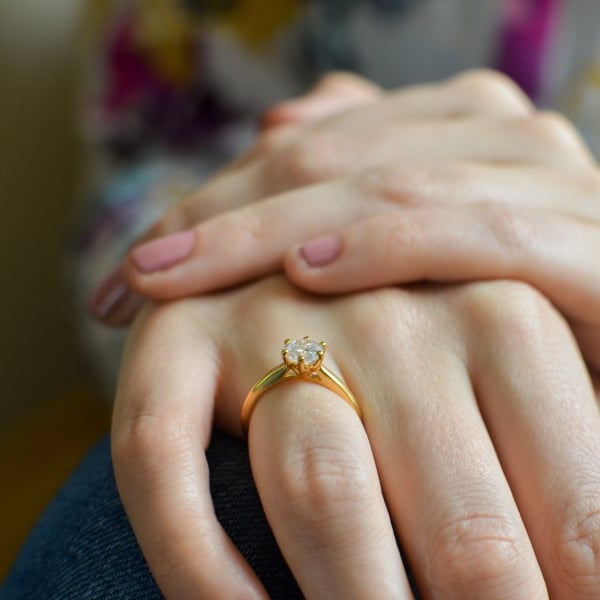 Your engagement ring or wedding ring finger doesn't necessarily have to be your left hand. It's perfectly normal to wear your engagement ring or wedding ring on either hand and on any finger. In some cases, you may not even need to wear a ring at all, whatever you and your partner decide according to your tradition and lifestyle. You don’t have to follow any tradition, you make the rules! Apparently, most men wear engagement rings as well, with an increase of up to 280% for saved Pinterest images of men’s engagement rings, and a 7% increase of men who like to wear engagement rings, also known as “engagement” ring. This new trend just began; partly with the legalization of same-sex marriage in the UK. In other parts of the world, it is a celebrity-driven trend, as seen on Ed Sheeran when he announced his engagement on the 19th of January, 2018; Ryan Reynolds and Michael Bubble, which is used to signify that the man is “off-limits”.
CLick here to loginfor adding Comments..

DO ENGAGEMENT RINGS HAVE TO BE DIAMOND? Our Jewellery and Diamond Experts are here to help you with anything and everything! 24/7.

Live Chat
Call Us
Email Us
Book An Appointment